yes, you did
i'll have to move rooms if you wanna chat, talk et cetera

[sleeping babies around]
when would you like to do it?

i'm seding you the drawings and we chat

could be now, even, if you want
you caught me at a good time

i didn't give them name yet 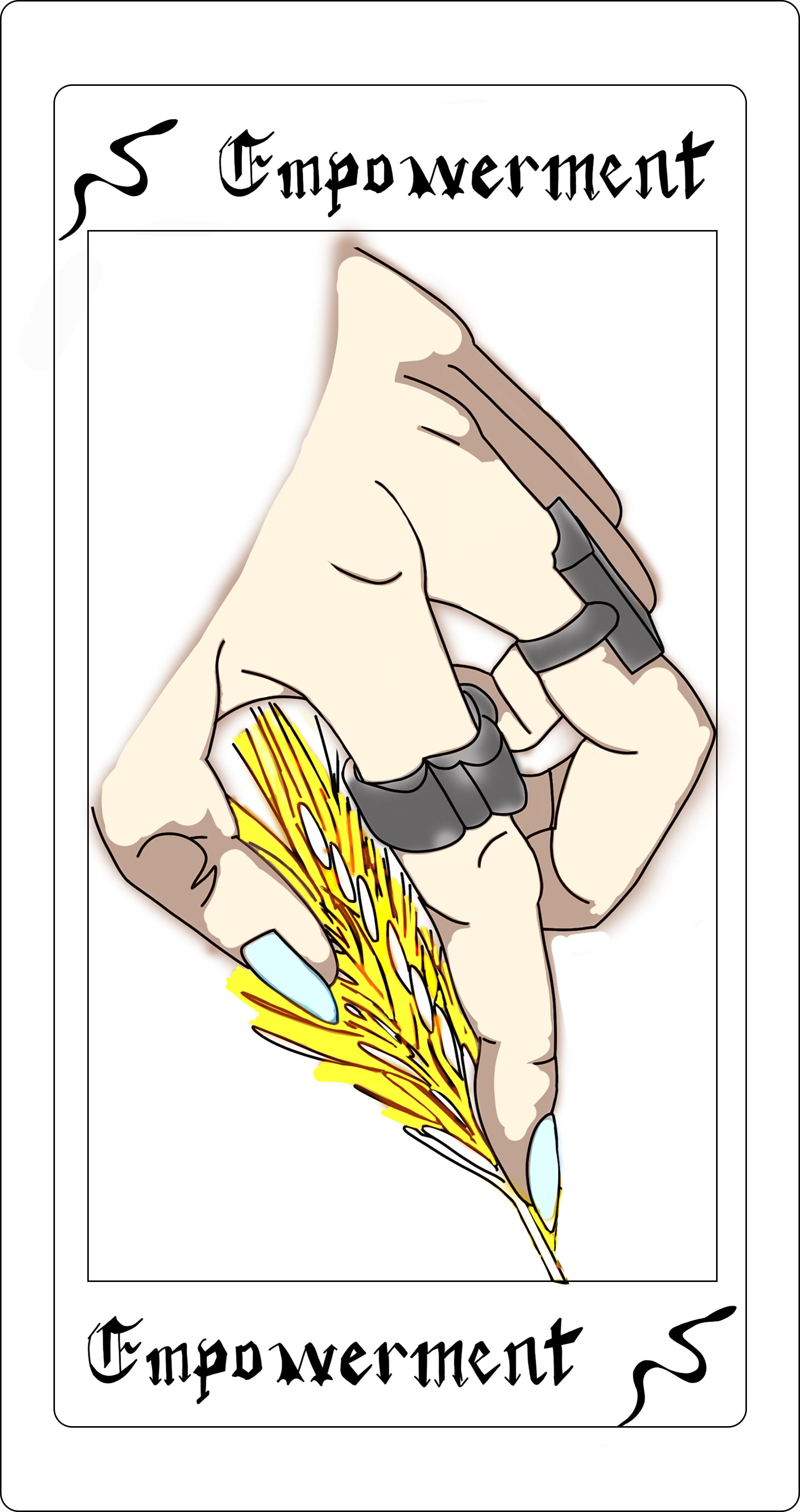 tarot 1
[these are intense]


okay good hope you feel it

i need a little more guidance
you want my gut feelings, what cards i relate them to, what i 'see', ... ?


it's more about symbolic reading 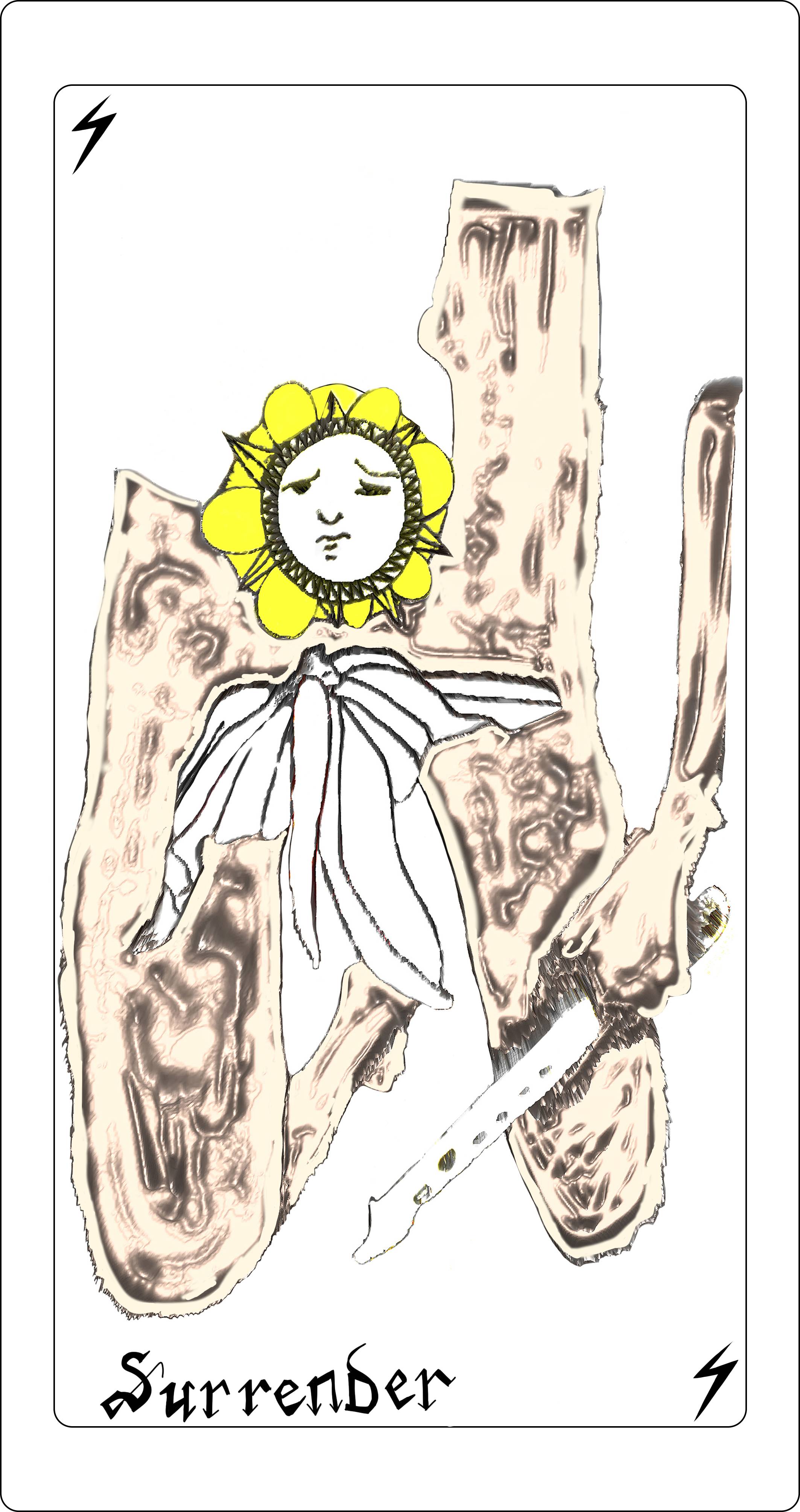 every tarot has a different symbolic web
every person has a variant twist
it's a precise science
what 'blocks' me is the intent of the hand. it is holding something, but also putting pressure thru the nail to a point
it seems to be leaving a trace

hmmm...
cornstalks appear here & there in the tarot, often as a sign of material processes
creativity of earth. i guess the hand might be directing those processes
[you tell me when to slide into the next key/card/img] 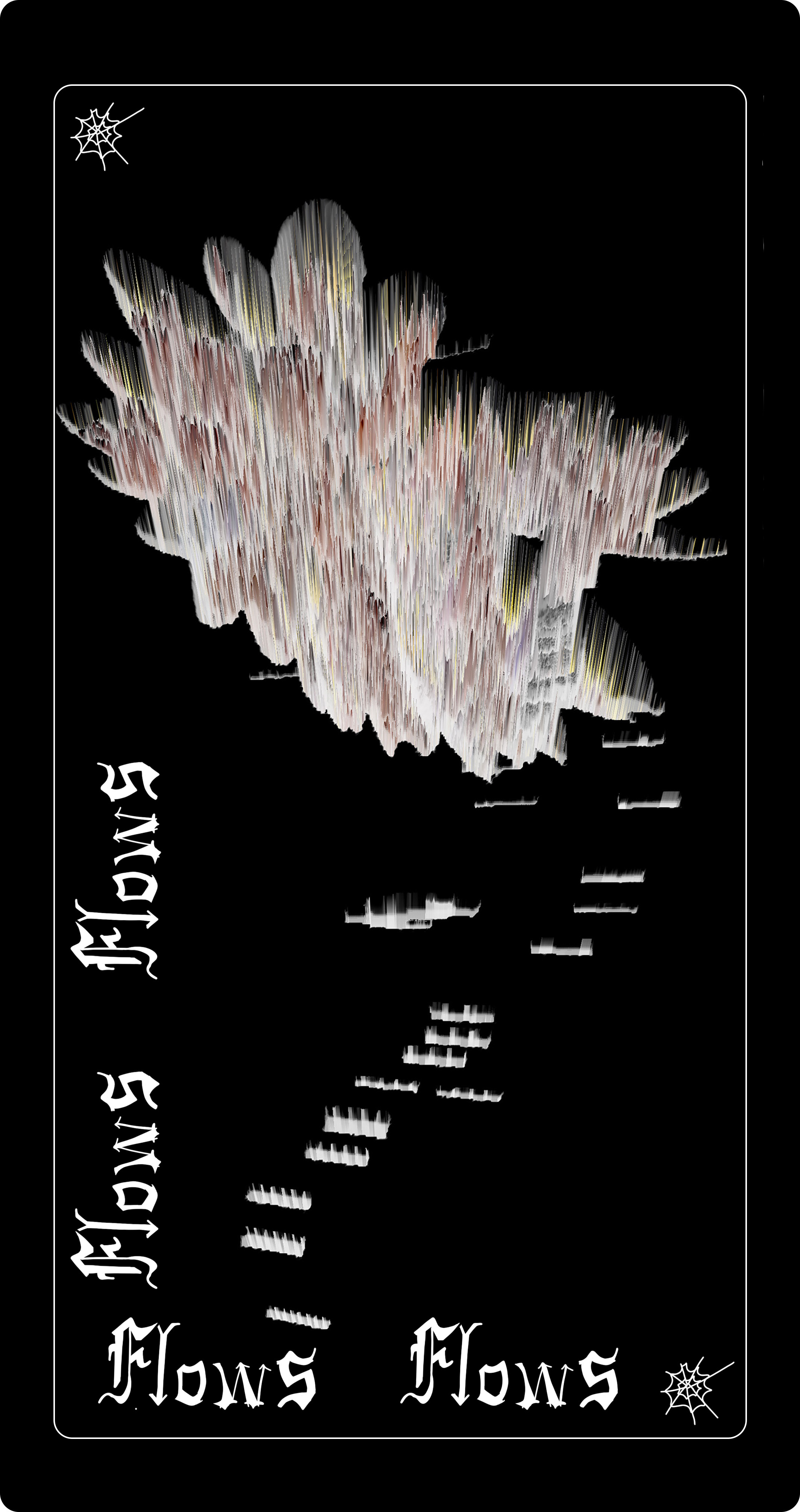 i have no interpretation of the rings
does the hand symbolise the strength?
a certain strength, sure. but it's unknown to me whether that strength is 'put on' or 'actually there'... i.e. 'a show of strength' or 'a strength that is there but need not show itself'
it might, now that you've pointed me there, relate to the image of the card VII (or XI depending on your tarot deck)
strength/power/force classically depicted as a women holding a lion's mouth
the 'spots' on the skin, might be interpreted as sweat, further corroborating the idea of force (puissance)
[is this the kind of language-ing that you were intending?]
also it s not exactly cornstalk but weath

is it okay for you?

every tarot card could be spoken about for hours tho, hah
yes it's very complex
exactly
okay 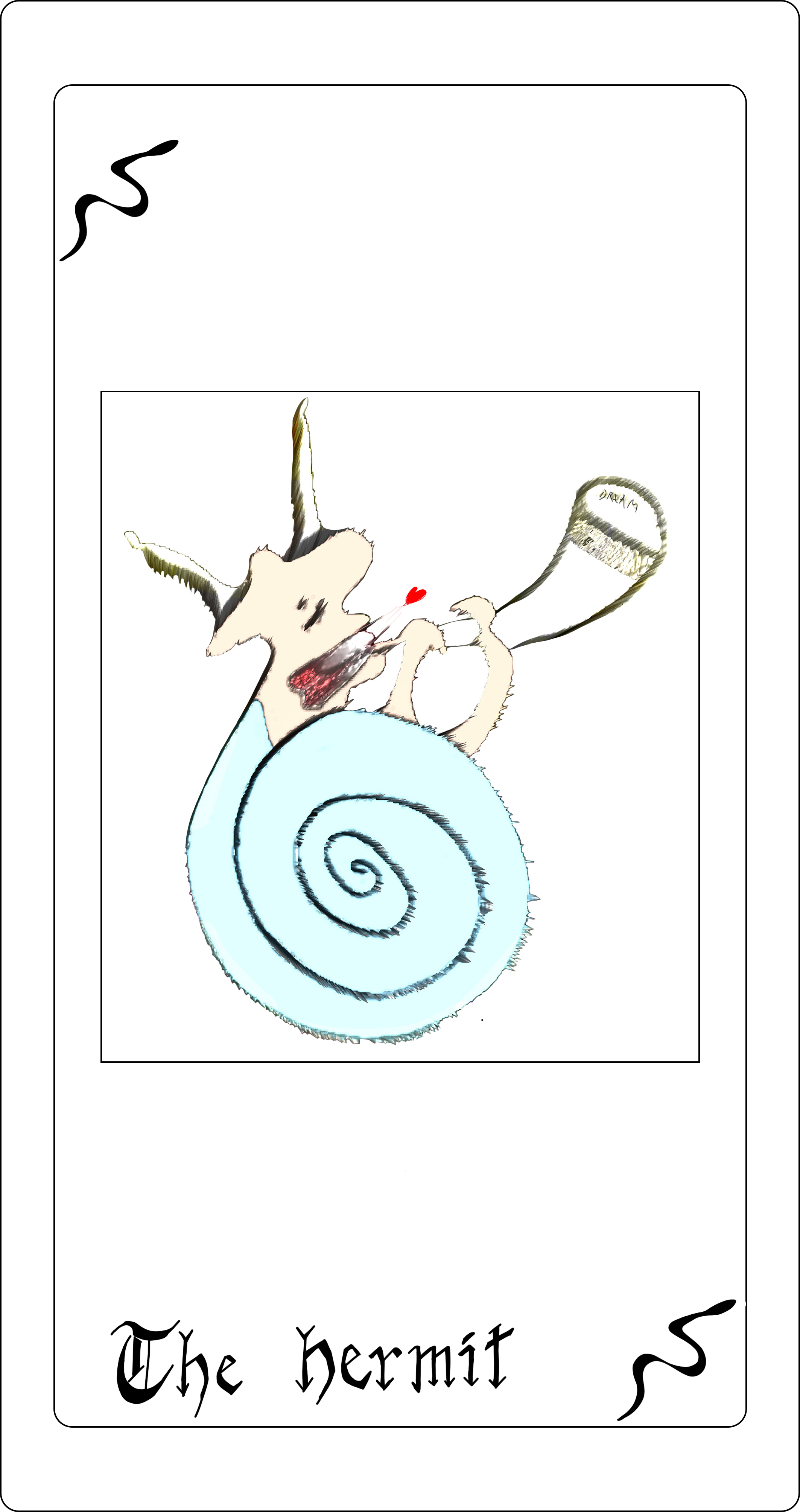 but not held in a way that it is being played


as a kind of sword

or a kind of stand by

cause the mood of the sun changes

[sorry if i'm taking too long]


don't bother about anything pls 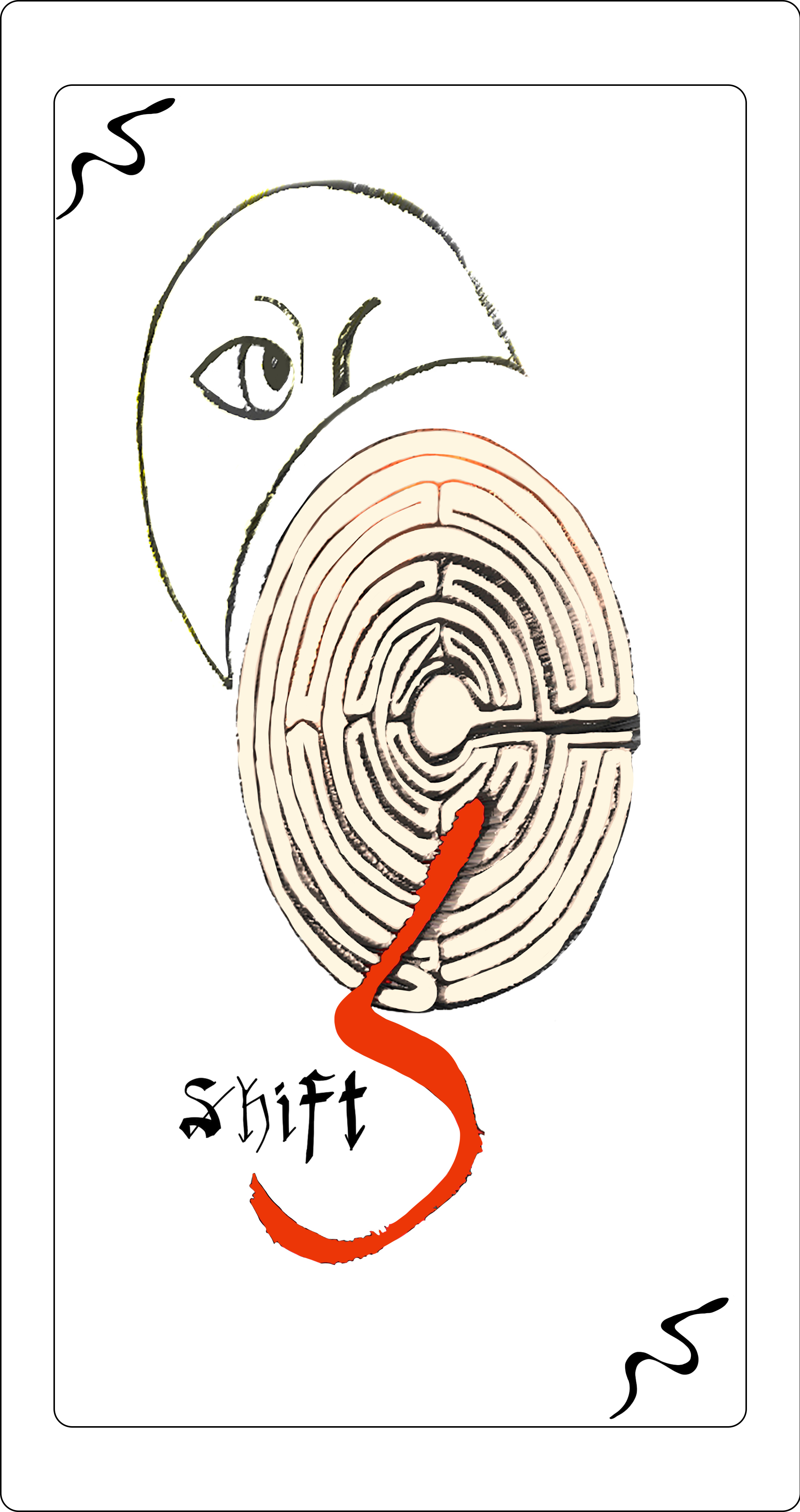 tarot 3
i like the spacing & the ambiguous movement.
are the lines floating up or dropping down?


i think i will switch the image

more as a fountain falling down, a kind of palmtree i get that... it's a beautiful collection of repetitive pattern


i think this one is not finished yet

as emeline is a french word too as i assume

what would you add?


i will reshape it

and give it more of a shape of an explosion, a fountain

right right
flower can be a lot of things

[next?]
i love snails. Des coquilles

this one is more sweet
& their love darts

ofc.
i guess tarot-wise, it could be VI. the lovers. but also links with IX. the hermit


at the begining i was into colors meanings

it said that blue is emotion

yeah, no problem, variants on responses to the tarot
red action ah! i didn't even see the blue till now
it's light

because of many manipulations applied to them


i treat them not very well all the time

some tarot-ists would interpret the direction of the spin of the shell, i don't know how


do you know anything about the color of the skin?

yes, also the right and left of the card?

yeah, right/left has too many variants in differing decks... for me
i don't know about the snail's skin tint, no… 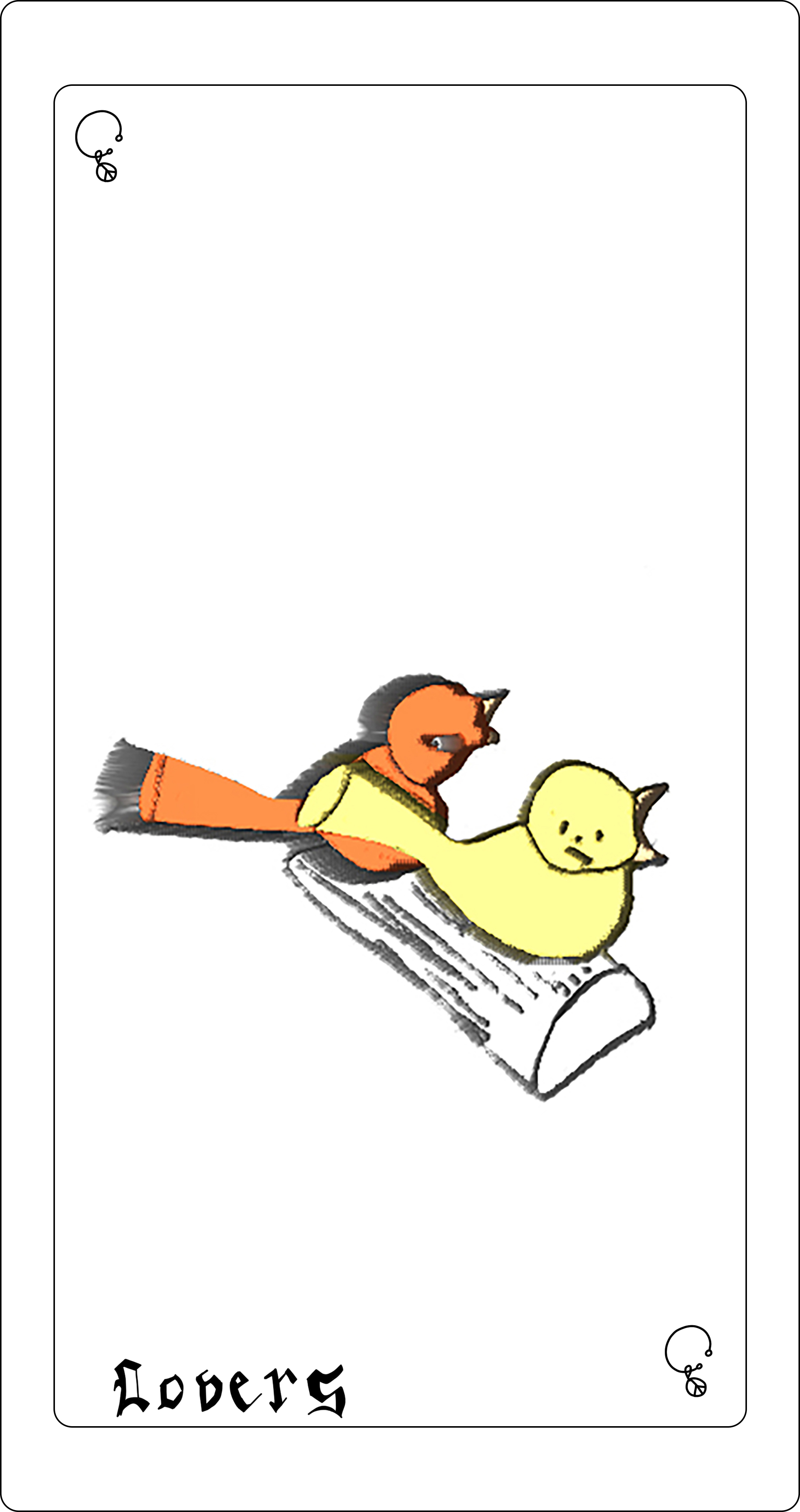 tarot 4
more spirals
the moon watches over the labyrinth: an intuitive maze
or subconscious riddle
something oozes out, red (action?). is it ariadne's thread?


what is it about the high priestess exactly?

the high priestess is a card of veils, of being initiated into traditional knowledge (tora), of letting the unconscious do
it's work
like when you get to forget a name & want to remember it
instead of trying to recall it, you let yourself deal with it
more... or next? 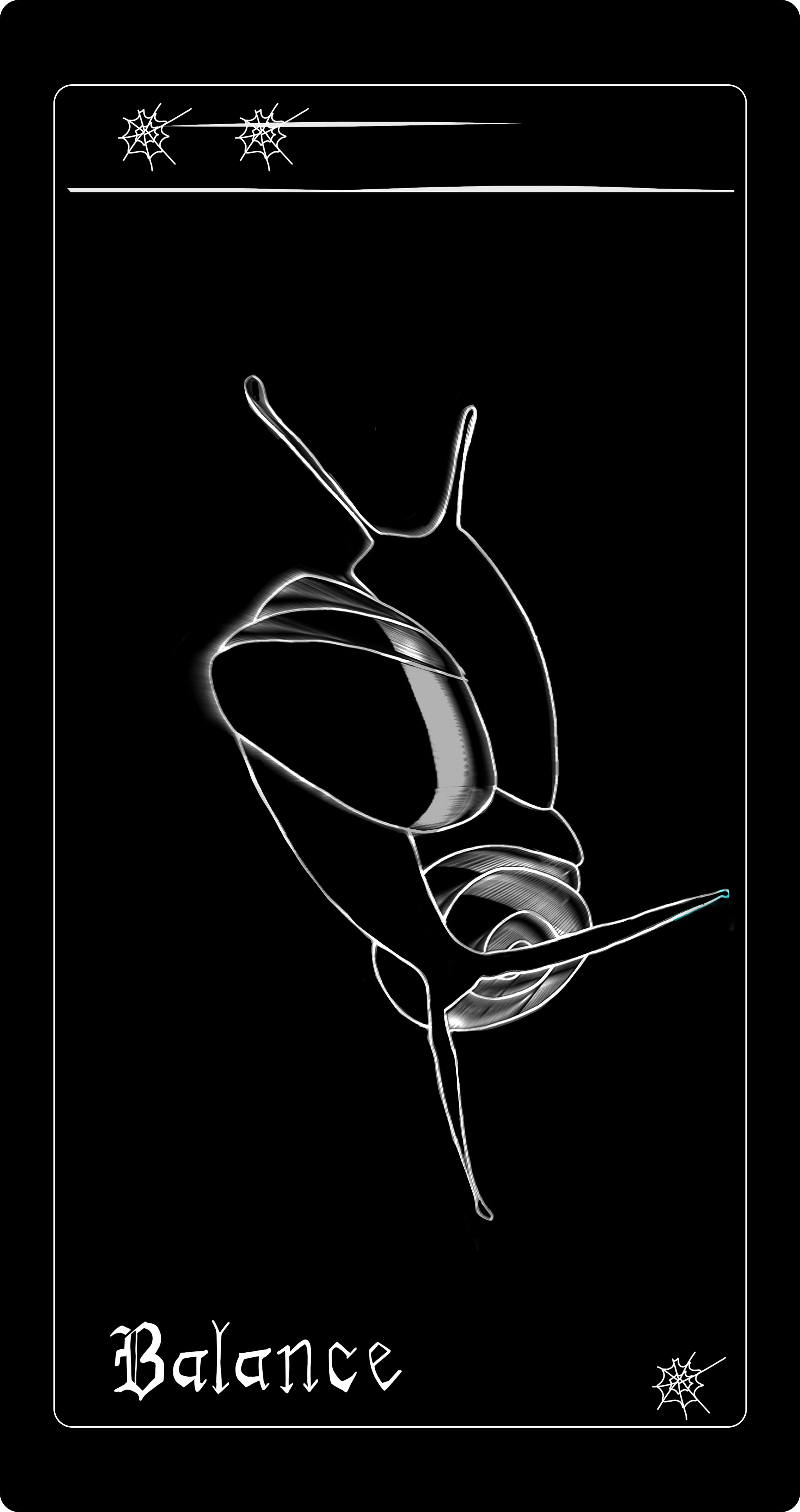 there's something about the fuzzed edges too
less is less than more, also


i don't want to take all your time

[is it still helpful?]
what about the fuzzed edges?

i'm not sure how to interpret them exactly, but there's a fade in tarot 5 that alludes to a sort of shifting 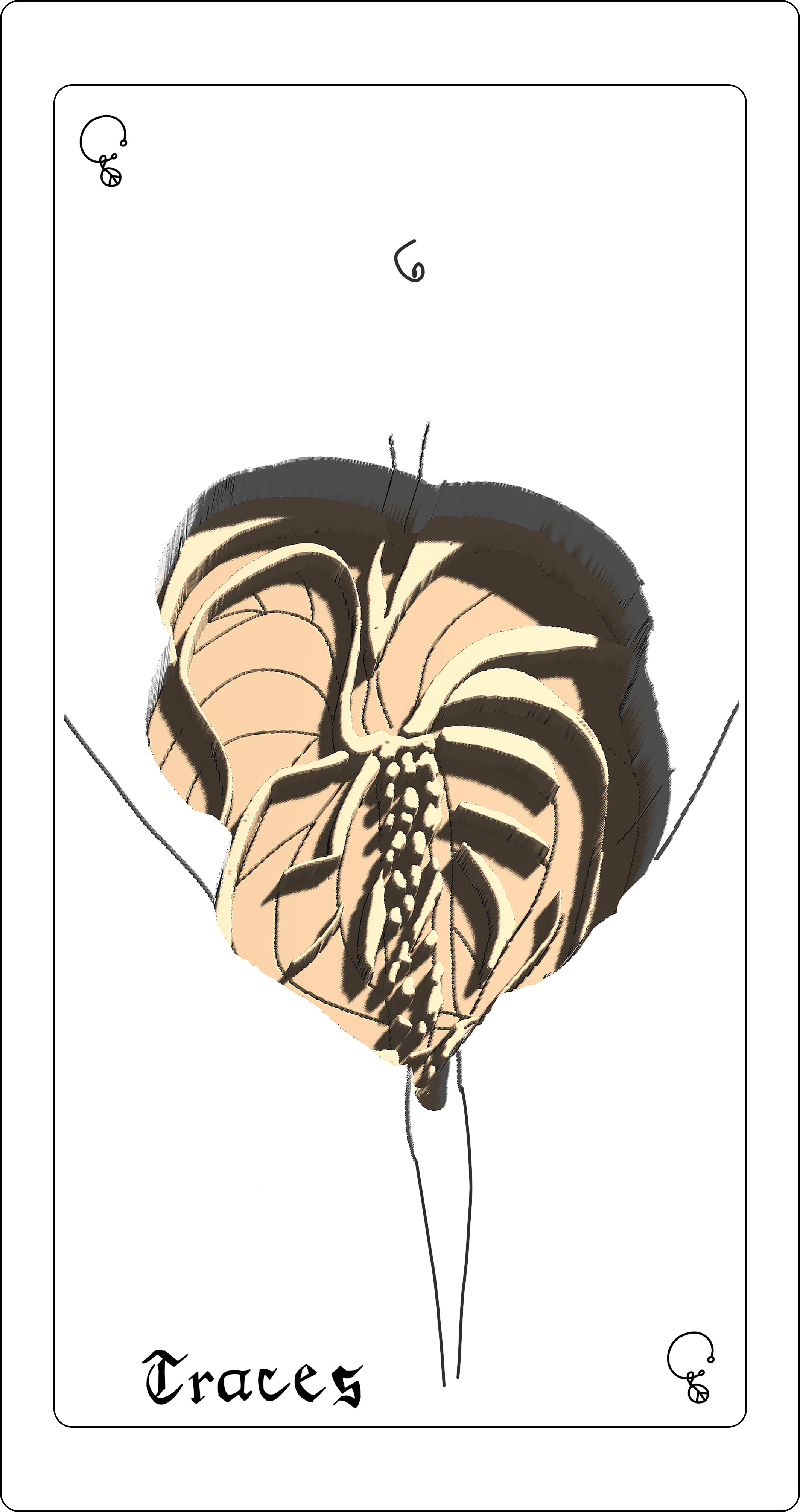 tarot 6
oooo, cute ones
6 makes more sense as the lovers, i guess


but as i feel i will not give them name of real tarot card, to compose stories it's interesting

they look really comfy on their lil log
chirping together, but not to one another
singing ensemble
somehow makes me warm; cuddle-desire
but something about the eyes


one of them has a double face

yeah, that aspect is slightly disturbing... which most lovers’ cards also have

indecision or the need to make a decision (that's why there's usually 2 on the card somehow) is a common interpretation
for 6, lovers, with that decision there comes anxiety & other associated feels
disturbing because the double face is a 'sad' face

maybe the partnership is an unhappy one; maybe their 'singing ensemble' is actually an impossibility of communication
(how easy it turns)


or ones feels someone observe them

sure
you're saying the orange one is dominant…

do you feel that?

if one 'feels someone observe them', i think the red is observing the yellow & the yellow isn't doing much about that
so that breeds the possibility of a power imbalance
maybe insecurity


do you think it’s about domination?

i don't, actually, no
but maybe

mhmm
also, if they are a unit & one observes the other... it can be quite unfair
[we continue on...]

this one’s also the lovers 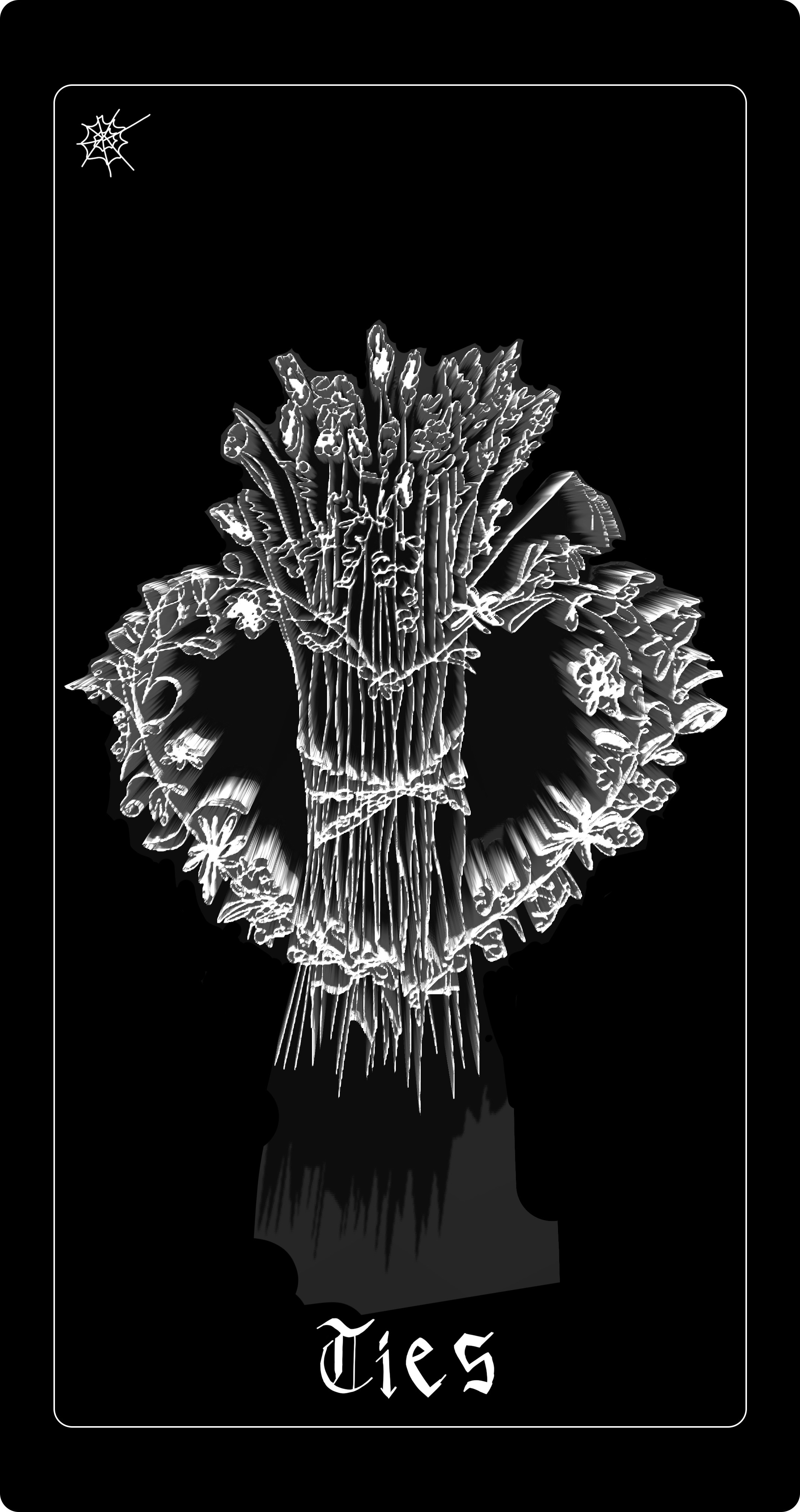 but i will let you say

[I feel I will have to be occupied soon by a child, maybe we speed up thru the others? a friend's child]
snails smear 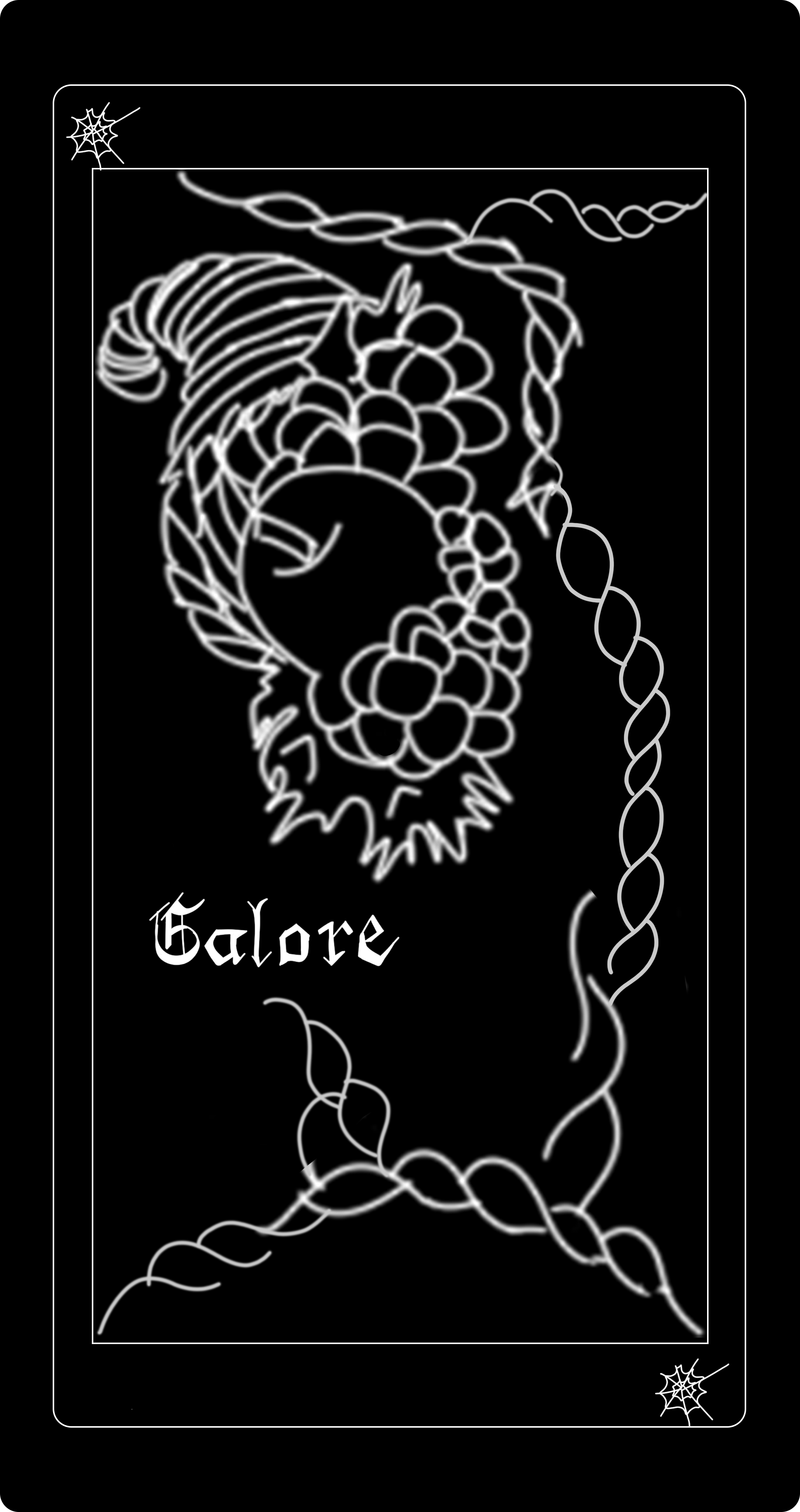 tarot 8
also a flower, no?
with many many seeds
'possible [future] traces'


the same kind of flower as in the tarot 2

mhmm, with the skin tone of the previous solo snail
[feel free ask if you want further descriptions, also...] 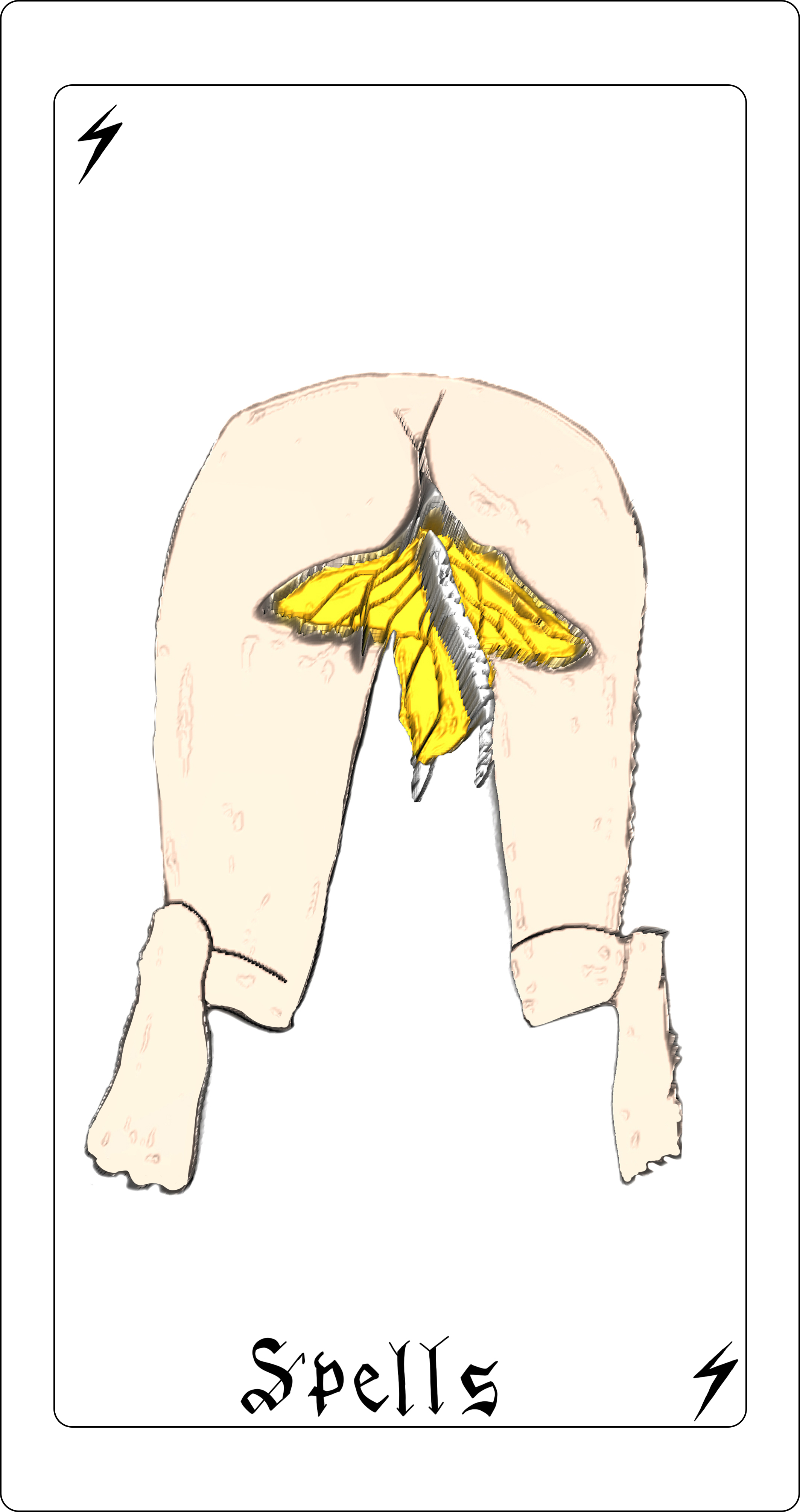 a sheath with a beautiful heart. perhaps it evokes commitment a desire to be (somewhat) bound or, at least, in sympathy with another (or others) as a form of committed love

but also, the flowers, in order to be tied, need to be pulled out of the ground
i don't get that feeling from tarot 9, but there's a possibilty to interpret it in that direction

what kind of feeling do you have


the verso will be the same for every cards 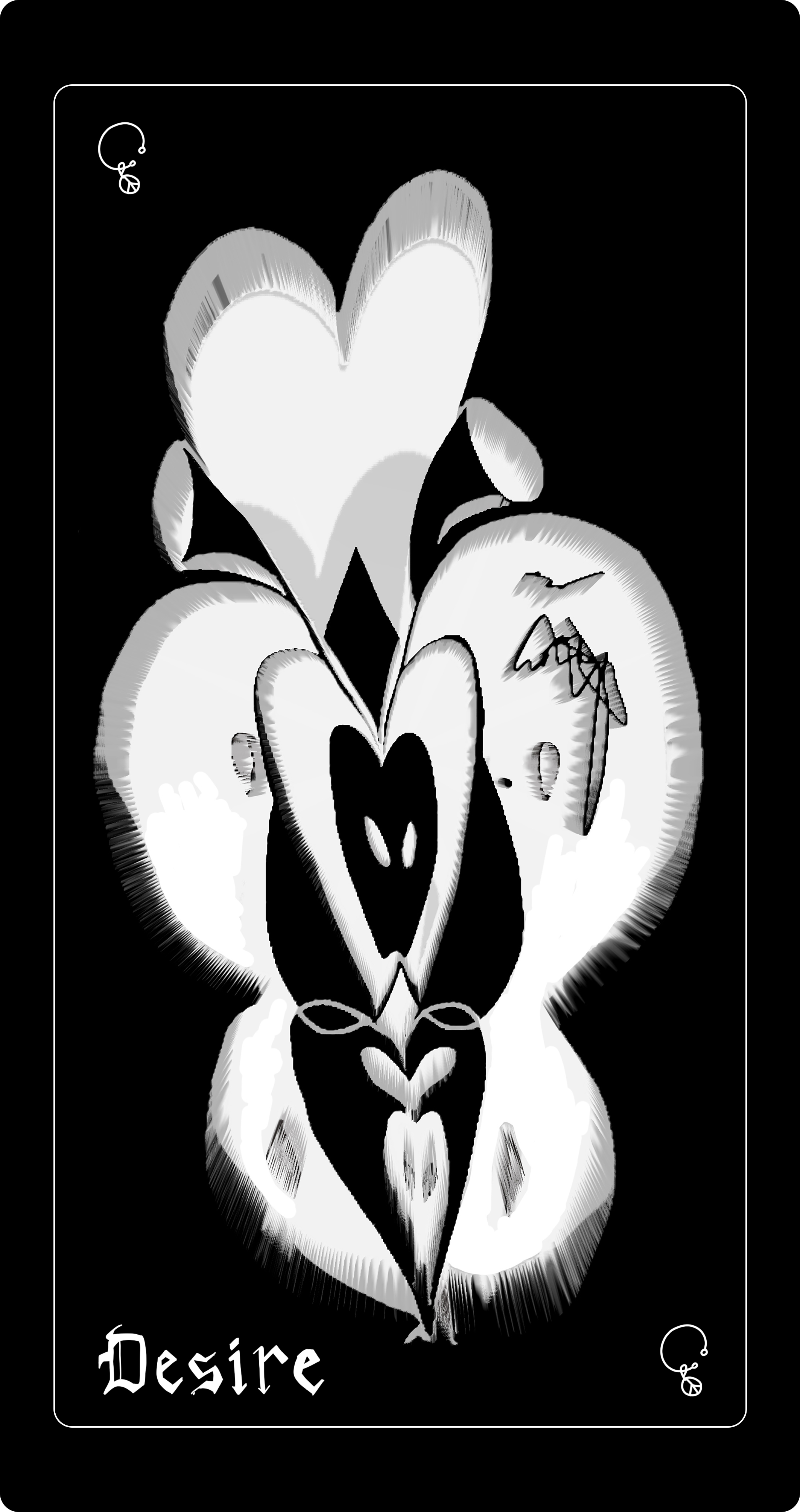 tarot 10
the skin resembles the skin of the hand in tarot 1
this makes sense of kabbala-style 10 = 1+0 = 1 resonance
a butterfly(?) juts out of someone’s ass
i'm not sure how to interpret this one

we can pass this

then i guess it's clear enough

nothing related to tarot?

also a kind of spell 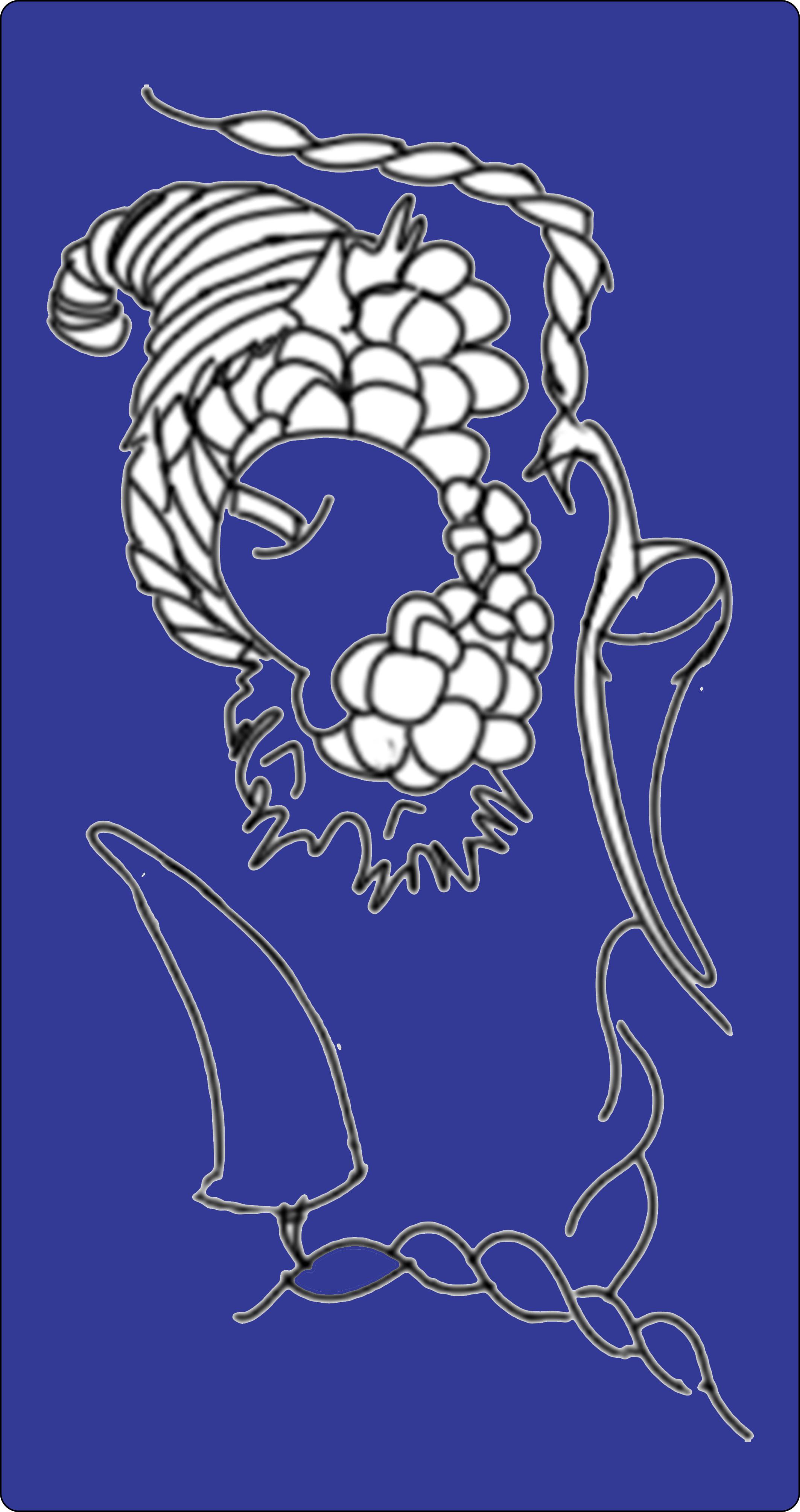 tarot 11
ah yes, it is the verso, but more explicit. cornucopia & abundance

as for tarot, it could be III. the emperess or XXI, the universe/world
both provide (are 'providers')
enabling structures

what are they? one at the bottom, one on the right


so i think we've done the tour


i hope that was helpful
i wasn't expecting to get to it so swiftly, but i'm glad we did
the guided tour

so do you accept me using this

i mean our conversation use any words here as you like, yes

how do you feel about that

take my words as your own, if you like, even


… about what we did

i feel like tarot 6 or tarot 3
...maybe 4 too
is very good
will you keep me looped into where it goes?

for now it's for a publication online

but maybe
f you send one, tarot 7
that will become real
perhaps we will intersect one day

thank you so much for your time

no problem. thanks for asking me to take part
have a good evening/sleep & sweet dreams. see you in the future


yes i really appreciate this

DIVINATION CARDS by EMELINE DEPAS are premiered on GUEST ROOMS.

This new series of work consists of 12 images, inspired by iconography used in divinatory practices. As intended by the artist, one emblem is assigned to each card. 🕷The spider's web signifies dream; ⚡️ Lightning — revolt; ☮️ Peace sign earring — love; 🐍 Snake — knowledge. These symbolic representations are semantic structures allowing the viewer to interpret given images.

The images are presented alongside a script from a chat conversation between a professional diviner and the artist, where the diviner offers a tarot reading involving the cards created by the artist.

Using various methods and references, the artist ultimately transforms her drawings into the three-dimensional sketches. EMELINE DEPAS's (1987, BE) work challenges the standard separation of artistic media. Depas draws, paints, cuts and recomposes iconographic elements from the pile of images of our time. Their references, however, are lost or tossed, stuttering and sometimes tending towards abstraction. Important are the procedures that are likely to make an image, or the delay or the suspension of forms. Alongside the pop- and humour flavoured compositions that characterize many of her collages and paintings, these days the artist engages in a more formal but no less sensitive research of tensions that might generate a relativization of the classical relationship between subject and background — BENOIT DUSART. Depas studied painting at L'École nationale supérieure des arts visuels (ENSAV) de La Cambre, Brussels and KASK School of Arts, Ghent. Her work was recently presented by Komplot, Brussels (solo and in collaboration with Julien Saudubray) and Sub Rosa Space, Athens and others.